Who was General Bipin Rawat ?

General Bipin Rawat born on 16th March 1958 in Pauri, Uttarakhand into a Hindu Garhwali Rajput family was a four star general of the Indian Army.

Bipin Rawat was the first Cheif of Defense Staff (CDS) of India. Before taking over the CDS, on 1st January 2021, he served as the 57th and the last Chairman of the Chiefs of Staff Committee as well as the 26th Chief of Army Staff of the Indian Army.

On 8th December 2021, Bipin Rawat died at the age of 63 in the crash of an Indian Air Force Mi-17 helicopter in Coonoor, Tamil Nadu. The helicopter included his wife and his eleven personal staffs, who were also killed in the crash. The news was confirmed by the Indian Air Force before 2pm that an Mi-17 V5 with an accident near Coonoor, Tamil Nadu. The helicopter crashed shortly after it took off from the Air Force base in Sulur at 11:45 am, Coimbatore, for Wellington in the Nilgiri Hills.

The General was heading to the Defence Services Staff College in Wellington to address the faculty and students.

Bipin’s family had been serving the Indian Army for multiple generations.

His family included of :

• Mother was the daughter of Kishan Singh Parmar, the ex-Member of the Legislative Assembly from Uttarkashi

The Indian Air Force said it had ordered an investigation into the accident, which happened in foggy weather. A cabinet security committee is holding an emergency session, chaired by Prime Minister Narendra Modi

The Indian Army personnel who lost their lives in the Nilgiris chopper crash includes :

The Defense Minister Rajnath Singh called General’s death an irreparable loss to the country and the forces.

The Indian Forces said in a tweet “With deep regret, it has now been ascertain that General Bipin Rawat, Mrs Madhulila Rawat and eleven other persons on board have died in the unfortunate accident”. 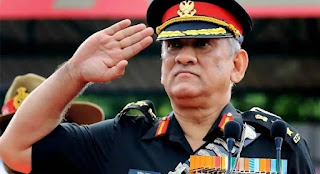