Harnaaz Kaur Sandhu born on 3rd March 2000, in Chandigarh India is an actress, model by occupation. Sandhu was born and raised in Chandigarh in a Sikh family. She attended Shivalik Public School and the Post Graduate Government College for Girls, both in Chandigarh. Before becoming Miss Universe, she was pursuing a master’s degree in public administration.

While studying in school she acquired a CGPA of 8 in her CBSE board exams in 2015. Her principal stated that she was a regular and hardworking student and no one in school at that time thought that she would create history by putting India on the world map.

Harnaaz completed her graduation in Information and Technology (IT) from the Postgraduate Government College (PGC) for girls. She is presently pursuing MA in Public Administration from the same Institute.

She is all set to soon be seen playing a lead role in a Punjabi movie. 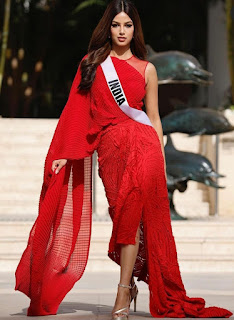